You may have noticed that the last post stopped at album 11 of my album list of 2012. So, without further ado, let’s pick up where I left off.

10. Tallest Man On Earth – There’s No Leaving Now
Opening the top 10 with a record comprising of one man, a guitar and a heck of a lot of soul from folk music was a good choice. Whilst TNLN might not be the best Tallest Man… record, that just shows testament to how good Christopher’s music truly is. Don’t believe me? Listen to the whole thing just below.

9. Frank Ocean – Channel Orange
Latest estimates reckon that Channel Orange has sold around 40,000 copies on vinyl alone. Considering that this album is yet to be officially pressed onto vinyl that’s an even more impressive feat from “the acceptable one” and hugely talented member of OFWGKTA, Frank Ocean. Even the things in the middle of the epic tracks (namely Fertilizer) standout.
Stream the whole thing here

8. Title Fight – Floral Green
Title Fight’s second album came pretty quickly after their debut, but in no way does that demean it as a record. Floral Green stands up, shouts and demands to be recognised as one that not only signals to Title Fight’s peers of the past, but refuses to accept that their breed of rock can’t still sound fresh and they succeed. Proof you say? Listen to it all below.

7. Alt-J – An Awesome Wave
Coming off the back of so much talk, An Awesome Wave was never going to fully live up to the expectation built around it; but that’s not to say that the Leeds/Cambridge band didn’t make a bloody good go of it. Breezeblocks proved to be a standout of the year and in adapting their own music to their own individual tastes, Alt-J made a unique sounding record that challenges their contemporaries, even if it’s not perfect. Listen to it below.

6. METZ – METZ
Once you’ve got the Pitchfork Best New Music seal of approval and iconic label Sub-Pop behind you; it’s hard to fail and Canadian rock band METZ did just what they were expected to and delivered a record full of fast paced, agressive music that will drive your neighbours insane but drive the blood through your veins. Feeling like some of that? Listen below.

5. How to Dress Well – Total Loss
The second album from How to Dress Well makes the top 5 simply for being the most beautifully crafted record I heard in 2012. Mixing soulful yet soft vocals with classical sounds and heaving it all to the modern day with some stunning production and beats; Total Loss is sublime. Enter a coma, listen below.

4. The Maccabees – Given to the Wild
I got a lot of stick for putting this album where I did when I played the radio show of the year, but if you remember the beginning of the year, you’ll remember the insane critical acclaim from The Fly, NME, Clash, DIY and the Guardian to name just a few. If anything, I think this album has improved with age as the summer came and went and Given to the Wild became the perfect sunshine nostalgia. Regardless, 4th it is.
Child / Pelican

Side note: Any of the top 3 could have been my number one. It was a difficult decision and one, had I been feeling differently, would have gone another way. In DiS style, they’re all winners.

3. Japandroids – Celebration Rock
Japandroids make the kind of rock music you always wanted to from the moment you picked up a guitar and top it with a heck of a lot of courage to form power hit after power hit. Every track on Celebration Rock sounds like a single and so much not like a single at the same time that you end up lost in the record until it finishes. That total immersion is a testament to how good this band really are and how Celebration Rock makes the top 3.
Listen in full below

2. Tall Ships – Everything Touching
I was beginning to think Tall Ships were going to keep releasing EPs for the rest of their careers when Everything Touching was announced. Now I understand that their tireless progress had all led to what is a stunning album of music that, for the most part, they weren’t mature enough to make when they formed. Some re-recordings take on new lives of their own (Books namely) and the new tracks simply take you on the kind of journey that only Tall Ships know how to. From T=0 through to the epic build and party of Murmurations; Everything Touching is unrelentingly enjoyable. Listen in full below

1. Lucy Rose – Like I Used To
The year that Lucy Rose had was lifechanging.Whilst she may still record music in her bedroom and be a naturally shy person, what her music has given both her and her thousands of new fans along the way has been nothing short of a fairytale. Like I Used To feels like every memory you’ve ever had, racing through your head at 2am to the sound of one beautifully soft voice and her guitar. That, to me; is perfection.
Sadly, I can’t find a stream, but here’s my three favourites from the record to try make it up to you.

So there you have it.
Watch out for the next few weeks for my tips for the year as well as a Sound Influx session!

Take care of each otheer
Braden

Error: Twitter did not respond. Please wait a few minutes and refresh this page. 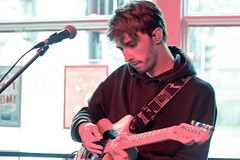 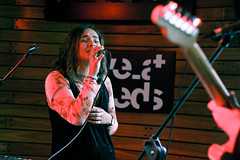 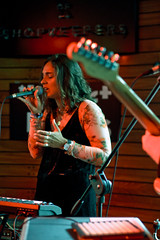 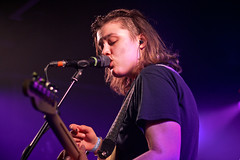